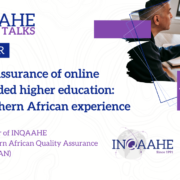 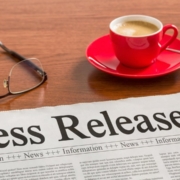 This joint webinar session with the Southern African Quality Assurance Network (SAQAN) will focus on issues surrounding quality assurance of online and blended higher education within the Southern African context. As online and blended education becomes a more prevalent mode of delivery to support access and opportunity for a wide range of students across the region, issues surrounding quality become paramount. The need to share regional and international experiences of online and blended learning and the quality assurance thereof is opportune as we emerge from a time of significant change and now settle into planning of the future.

Invited speakers will share findings from a survey report on how students accessed and used learning materials during the Covid-19 pandemic. We will further hear about the quality assurance of online learning from the Southern African perspective, and views on student-teacher experiences in online learning in Lesotho. Finally, they will share their insights on academic integrity and quality assurance of online and blended learning and will consider the global trends and best practices surrounding online and distance education.

Join us on November 16 (Wednesday) at 14:00 UTC (16:00 Johannesburg time) to learn more about the insights and expertise from:

Lecturer and Head of the Adult Education Department at the National University of Lesotho (NUL). She is responsible for the management and administration of the Diploma, Degree and Masters in Adult Education programmes which are delivered through the Open and Distance Learning (ODL) mode.

This session will be chaired by:

Board Director of INQAAHE and Senior Policy Advisor at the Postsecondary Education Quality Assessment Board of Ontario (PEQAB) and Research Associate with the Centre for Canadian and International Higher Education (CIHE).

SAQAN is pleased to announce the new Executive Committee. At its April 26, 2022, biennial general assembly, the Network elected:

The Executive Committee is, among others, responsible for implementing the Strategic Plan, the bi-annual plans and policies as approved by the General Assembly.

The Committee members began their four-year term effective 26 April 2022 and may be eligible for re-election for one more term only.

SAQAN was founded in 2015 as a voluntary and non-profit organisation made up of membership from quality assurance agencies, higher education institutions and professional bodies in the SADC region.

Issued by the Executive Secretary